I came across a YouTube channel a little while ago that was fun to watch and presented me with tasty looking food from history: Tasting History with Max Miller. I hadn’t really doubled checked his history, mind, but I’ve been needing something light and fun to watch, and it’s interesting. But, his episode on Dragon Heart for a Viking King is in my research area. (He drinks some aged mead he made originally for his Making Medieval Mead like a Viking.)

Slight aside: I took a graduate-level course on the Vǫlsunga saga with Kaaren Grimstad and Ray Wakefield. It was fantastic, and one of my favorite courses I took. So ya, Matt Miller’s video is really something that perked me up from my lethargic slump due to its content.

Right off the bat, Matt Miller talks about consulting Daniel Serra (I have mentioned him and his and Hanna Tunberg’s lovely book before). I trust that source. And Matt Miller’s summary of Vǫlsunga saga and general presentation is good. Pronunciation of Sigurðʀ is a bit…German. But that’s minor overall.

Something that Miller didn’t cover was that the Germans had their own version of the story, which is preserved in the Middle High German, the Nibelungenleid (summary articles at Wikipedia, Britannica). This is the main source Wagner used for his Ring Cycle. The Nibelungenleid is quite high medieval in style, and so contrasts quite a bit with the style of the Vǫlsunga saga, and also has quite a few details that are different. And it’s there, the dragon-slayer is not Sigurðʀ Sigmundsson, but Siegfried son of Siegmund. There is also a reference to not Sigurðʀ or Siegfried, but Sigemund the dragon-slayer with his nephew Fitela, in Beowulf. (Fitela would be the Anglo-Saxon version of Sinfjǫtli, which is more obvious if you chop up the Norse name Sin-fjǫtli — that second element is cognate to the Anglo-Saxon name.) This Sigemund is the son of Wæls (the Anglo-Saxon version of Vǫlsungʀ. Again more obvious when you break up the Norse name: Vǫls-ungʀ — the first element is the cognate.)

Most likely, the Norse version was adopted from the German many centuries before and both developed orally over the years, until the Vǫlsunga saga and Nibelungenleid was written down. The difference in the character names is probably due to that fan fiction element that Matt Miller mentioned. People would grab a hero and use that hero in new tales and adventures, like a fanfic. Eventually, the hero’s story load would get too large, and then a child would be invented, and the child would get a few of the stories transferred to them. (This story-telling/myth/folklore tendency is talked about in Barber & Barber’s book, When They Severed Earth From Sky: How the Human Mind Shapes Myth, which I have mentioned before and recommend if you’re interested in reading more about it.) In this case, the Norse and German versions probably did this independently, considering how Siegfried and Sigurðʀ are not cognate names.

Anyway, Miller did a good job. And as a bard, I now want to do barding with some bacon… 😉

I also want to try this heart recipe at some point. I have only eaten roasted turkey and deer hearts, and I love them. I’m also looking forward to the upcoming Daniel Serra recipes that Matt Miller hinted at. 😋

I’ve been fighting off various things dealing with my ears and nose since January. Been fairly lethargic since February. And just…everything is so grinding to the soul right now. So, the things I’ve been intending to post about have not happened.

The elevation ceremony went off well, and I intend to share more details on that. The original video got something like 700 or 800 views, which was exciting!

Here’s hoping for some better health and some more energy coming up. 🤞

Northshield is doing a Queen of Doom’s Prize event. And through it, I’ve come across an article about reexamining the extant Gokstad Pouch and how it was constructed. You might recognize the website from the bag article a few weeks ago: Reenactment a Věda – Project Forlǫg. 🙂

A Peer recognizes that true nobility arises from the journey, not the destination.

[Slightly edited from first posting, to include more quoted information]

I just saw this on my social network feed. The JSTOR Journal Hosting Program will be shutting down at the end of this year due to lack of finance. The Program itself ends 2021-12-31, so downloading will be possible throughout this coming year. But then, after that, the access to these publications through JSTOR JHP will be unavailable.

I know that not only myself but many others have used this wonderful program in the past for research purchases. And this is sad news that this resource will be no more. However, the JSTOR archive itself remains.

The Journal Hosting Program (JHP) will end January 1, 2022. JSTOR will not publish new JHP content or provide fulfillment and hosting services to publishers after December 31, 2021, and JHP content will no longer be available starting March 1, 2022.

• Send 2021 renewals to institutions that subscribe directly with JSTOR

While JHP will cease after December 31, 2021, we will extend grace access to JHP content to subscribing institutions through the last day of February 2022. We provide grace access for an additional two months, even for journals that have transferred out of the program. This grace period allows institutions to update their catalogs and renew, and provides access to users during the transition. This also supports the journal Transfer Code of Practice, which encourages the transferring publisher platform to continue to provide access if the receiving publisher platform is not ready.

I ran across this article on interpreting the wooden/antler handled bags. It helps to think through the function of these bags in the time period as opposed to approaching it from needs of reenactors today, and how that affects what size is preferred, and how we think about the materials of the rest of the bag.

A Peer must be generous as far as their resources allow. 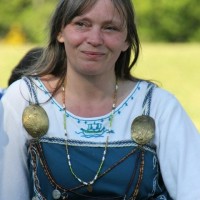 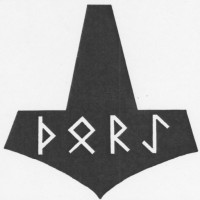 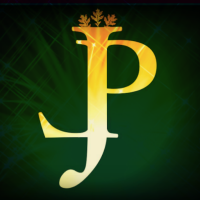 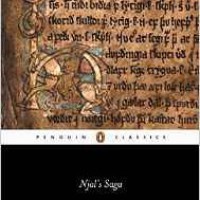 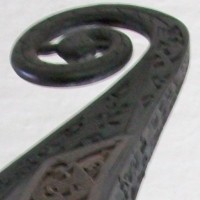 Various things that I have made with my own hands

Life is What You Bake of It